Why I Run My runDisney race! 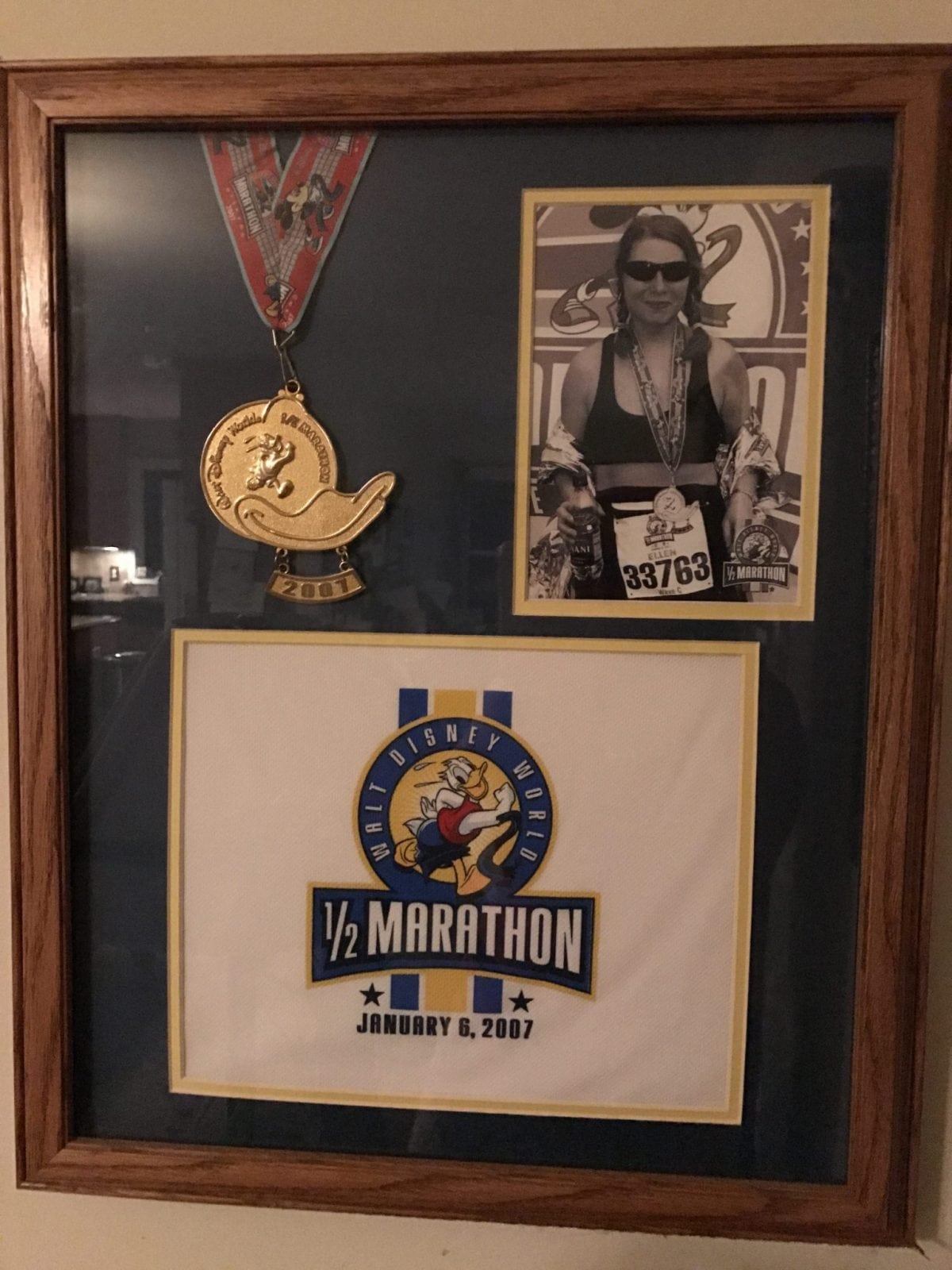 Why I Run My runDisney Race!

Let me start from the beginning where running was just something I did everyday as part of my exercise routine. I was always athletic, played soccer in High School and still kept running just a few miles a day to stay in shape especially after College. I was planning a wedding and a Honeymoon at no other than Walt Disney World Resort.

Fast forward to the year 1995,when I was running in a race for Breast Cancer at a local gathering in a nearby town. I was in great physical shape and running was still a part of my daily routine. I taught kindergarten, ran,and was happily married to my high school sweetheart Danny.

The race on June 10, 1995 ( my 28th Birthday) had around a few hundred runners,and I wanted to be in the top of my age group finishing. But somehow,there was another plan for me.

I started off the race a good pace, but shortly into the first mile I experienced the most excruciating headache I had ever had, it brought me to my knees and then that was when I collapsed. I was rushed to a local hospital where they did a CT scan and determined I had a brain aneurysm. A what? I was 28, and a runner, what happened?

Well, after being taken to Philadelphia to see  the top Brain surgeon in our area, my life seemed to come to a screeching halt. Tests where done, pic lines placed and surgery set for that night. But, to everyone’s surprise after  further testing and 2 angiograms( a procedure where they insert a needle and a small line goes up to the area of the brain where the bleed is to seal it) the subarachnoid hemorrhage in my brain had sealed itself off. After a sigh of relief from my 6 siblings, parents, friends and new husband I would spend 15 days in ICU until I was able to return home.

Home, so glad to be here but my life changed over the next 12 years, 2 children a new home to build, and a future that seemed bright, but running was no longer part of my routine. I was walking my babies and taking long strolls on the boardwalk contemplating my life.

In 2007 after years of thinking and dreaming of completing a 1⁄2 Marathon, I decided to register for the Disney 1⁄2 Marathon in January 2007. I started walking everyday with my best friend Lorraine and each week added a mile or two to work up to the 13.1 we needed to complete the challenge.

Scared and a bit apprehensive, this was the first “big” race and I wasn’t sure I would be able to finish, I still had that thought of 1995 in my head and couldn’t seem to shake it.

The local newspaper came and did an article on my past experience,and my 1⁄2 Marathon race, this gave me the added motivation I needed to move forward and just go for it.

So, at age 40, yes 40, you’re never too old to dream and make it come true. Lorraine, myself, and our families traveled from N.J. to Disney for our first runDisney race.

We went to the expo.,got our bib numbers and 1⁄2 Marathon shirts. We were excited to be at Walt Disney World Resort ( a place near and dear to us both since childhood)and even more excited to be running/walking our race.

Race day came on January 6, 2007. It was amazing, bands were playing music at 5:30 am, Mickey and Minnie were there at the start of the race,and it gave me the adrenaline needed to do this thing. We started off running but soon realized there was too much to see running through the Magic Kingdom and stopping at every photo opportunity. We decided a fast walk was the way to go. Excitement at every turn,we were totally engulfed by the magic of Disney and that we were actually going to finish this race.

Epcot came into sight, and so did the end of the race, the excitement grew as we past the finish line with our families waiting for us,as well as Disney characters,our finisher medal (Donald Duck) and tons of hugs, tears and a sense of accomplishment. We did it!

The journey was long,but the love of runDisney races is in our blood now, we ran for several more years in the Disney 1⁄2 Marathon weekend, Disney Princess 1⁄2 Marathons for several years. Each race bringing along several more first time 1⁄2 Marathon Disney runners with us, Wine and Dine 1⁄2, a few 5k races a relay and  in 2015 I ran the first Enchanted 10k.

A Fairy Tale ending, I believe so. For me it was. The future may hold many more runDisney races, this year I’m taking a break and focusing on other “races”. But I know I have the courage to run those too. 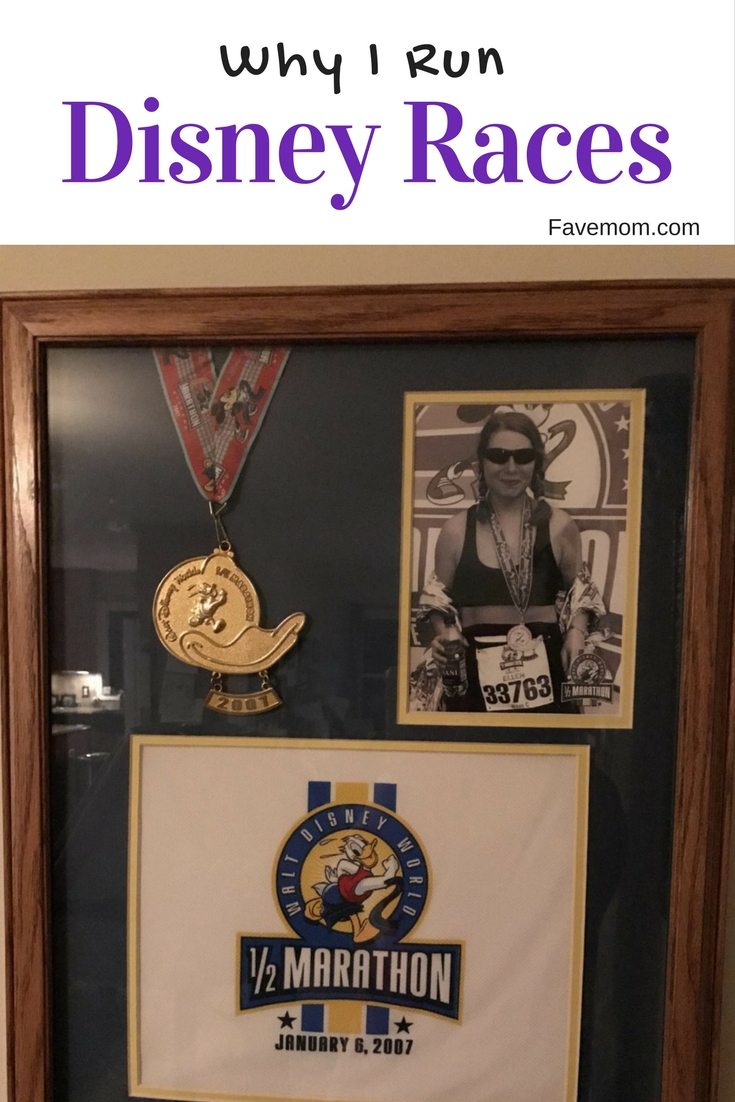