Press Junket with the Cast of Avengers: Age of Ultron 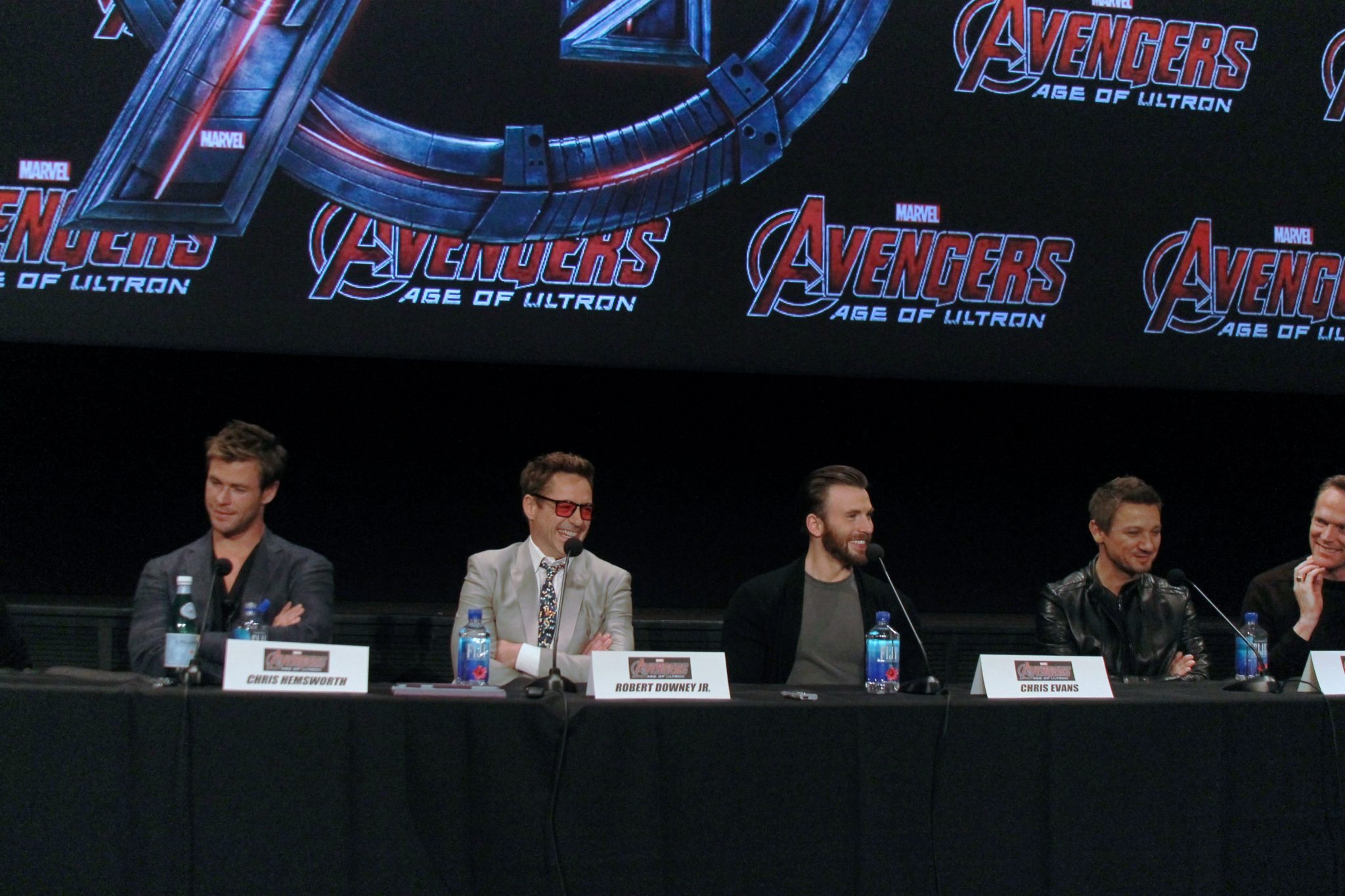 In the very beginning of the interview, Kevin Feige ensures the quality of this movie. “It’s the greatest ensemble ever assembled in cinematic history, and it is amazing to be a part of it.” Then when they finally get around to asking Robert Downey, Jr. a question, in typical Iron Man fashion, Robert Downey, Jr. says to us, “And you’re welcome”. (Pepper, can you do Kevin and I a favor and just give him a good ol’ whack across the head for us?)

Robert Downey, Jr. plays the part of Iron Man so well, that it’s actually hard to tell if they are one in the same. The first question asked by the moderator was directed at Aaron and Elizabeth. Clearly displeased, Tony-uh, I mean, Robert-waits until the press asks him about his role in this movie. Instead of answering the question, he lays down the law by declaring, “I must be mellowing with age, but I want to say this very clearly. The next time I’m not asked the first question, I’ll f___ing walk out.” Yikes. I reminded him about his language instantly along with my fellow blogger friend. 🙂

It was hinted that Scarlett Johansson had a pretty awesome motorcycle scene in this movie. The press asked her, “Can you talk a bit about the physical preparation that went into the role and were you a proficient motorcycle rider already?”

Scarlett Johansson confessed that she did not actually ride a motorcycle, being pregnant and all. Here’s what she tells us about how she got around that while still looking super cool at the same time:  “I embarrassingly rode some sort of a mechanical bull type of motorcycle, which goes nowhere and doesn’t look cool at all. But you know, we had some very professional and amazing motocross work being done that makes Black Widow look like a total badass, and I will say, you know, I’m very fortunate that there’s a team around me that is super-supportive in helping all of Widow’s fight moves and badass motorcycle riding happen. Could not do that without that part of it, you know, kind of starting a move and then finishing a move and you know, all that work being seamless, you know, takes a lot of choreography and team spirit. So you know, every film is exciting. Luckily Joss writes me some badass moves that make me look just epic and it’s awesome. I just said epic, awesome and badass all in one sentence. I’m done now. Thanks.” 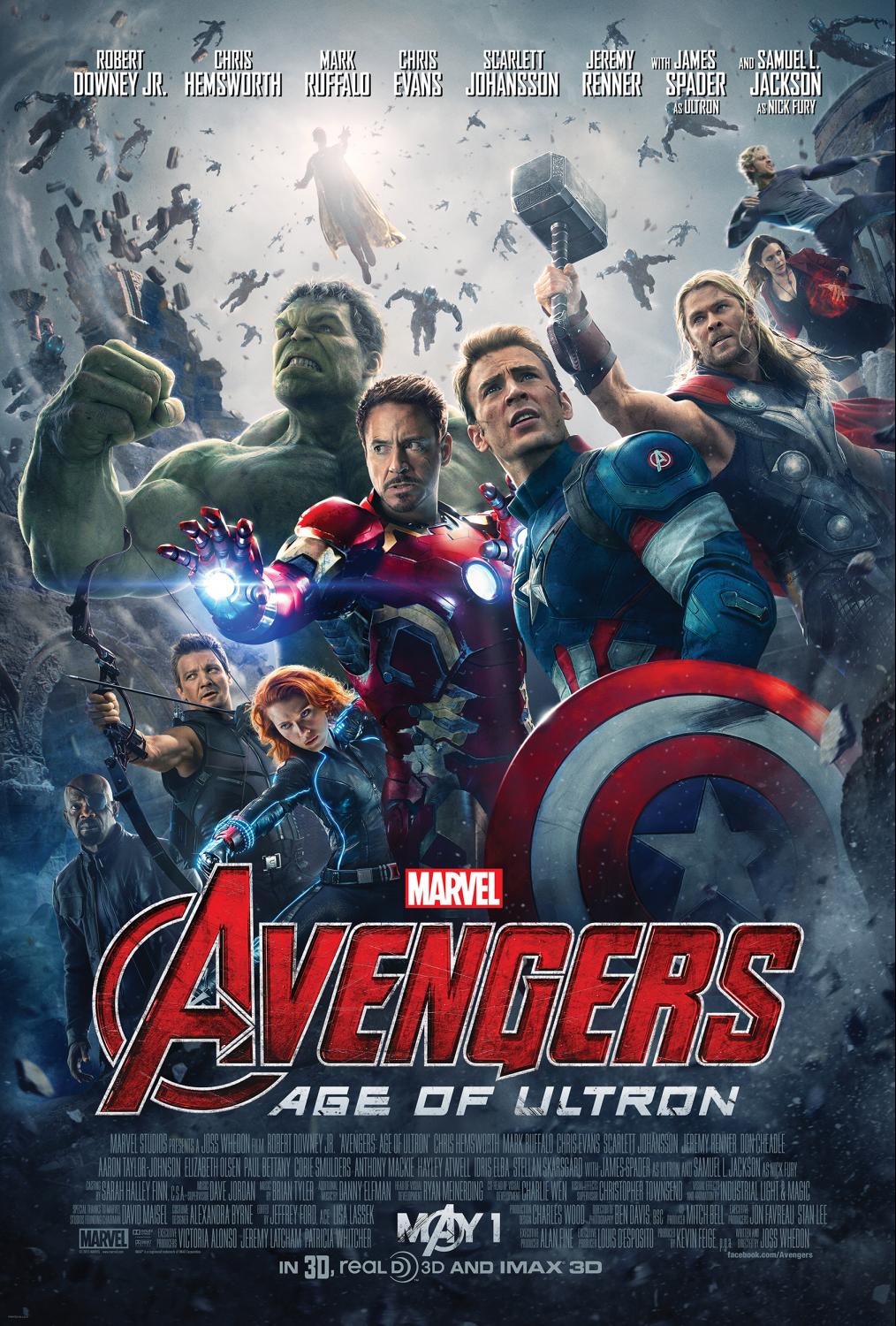 My daughter Journey wants you to know Scarlett that you’re her wife and you just don’t know it yet, and she wants to ask my readers if they know why she married her now. At 14 my daughter knows what she wants and that’s Scarlett. I’ve advised her that she’s married with a child. She still thinks ScarJo is the most gorgeous woman ever. LOL

On a side note (but really, the most important note): if you’ve been informed that you have contracted a chronic illness that is bound to kill you by May 2nd, then it’s time to grab your grandma’s cane and beat that family of four out of their front row seats to Avengers: Age of Ultron on May 1st. Additionally, if you make an astonishing full recovery, you should totally let me know what you thought of the movie in the comments down below. Avengers: Age of Ultron playing in theaters across the country on May 1st. RUN, FLY to see it!