“WHEN IS IT IN MOVIE THEATERS?”

“I WANT A MONSTER TRUCK.”

The words that came out of Beach’s mouth after seeing MONSTER TRUCK MOVIE preview at Paramount in December.

Beach is a 5 1/2 yr old boy who loves cars and animals. His mother was a little worried he would be scared. Beach hates seeing animals be hurt and people treated badly. It has made movie watching a bit hard for his parents.

Mom brought one of his blankets to the movie. This allowed him to hide his face in case he got scared. Guess what, the blanket was used once in the beginning, when the bad people tried to get the monster.

After that, Beach was on the edge of his seat cheering for the monster. Beach was excited and engaged with the movie.

A great movie – there were chase scenes, good winning over evil, boy falls for smart girl, smart girl has sass, science, amazing graphics, and bad people who were bad for their actions not because of their violence.

Check out the trailer https://www.youtube.com/watch?v=nhJyI8tj4vU

It had all the parts of a great movie for the family and for kids. We will be seeing MONSTER TRUCK again…and again….and again. When does the DVD come out? Might need to make it into someone’s Easter Basket.

Synopsis: Looking for any way to get away from the life and town he was born into, Tripp (Lucas Till), a high school senior, builds a Monster Truck from bits and pieces of scrapped cars.  After an accident at a nearby oil-drilling site displaces a strange and subterranean creature with a taste and a talent for speed, Tripp may have just found the key to getting out of town and a most unlikely friend.

Melding cutting edge visual effects and state-of-the-art CGI, Monster Trucks is an action filled adventure for the whole family that will keep you on the edge of your seat and ultimately touch your heart. 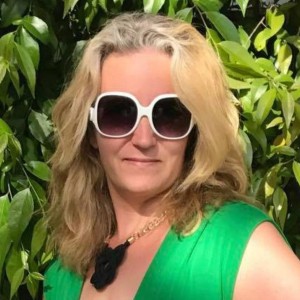 Who ever thought I would call myself Social Sarah, especially after I became a mom. Reality check...being social is more than just being glamours. I am closer to 40. These years have allowed me to travel to many European cities, India and Turkey. Lived in Dublin, Ireland both as a graduate student and beyond. Born and raised New Yorker with Southern roots. Best lesson I ever learned-- ladies do not get called "You guys" it is always "Y'all". Something I have lived with all my life -- sever dyslexia and ADHD. Many tutors later and deep thoughts, I have learned to push myself and understand my limitations. I grew up with two entrepreneur parents. I have lived through their successes and their failures. A few years back I started my own blog under WifeMotherDaughterSelf. It took a back seat after my father feel and had major brain surgery. I am the andDesign Editor for Rug News andDesign, a family business around rugs and home. Throw in a dog named Ophelia, who may or may not be a goldendoodle, a surfing snowboarding loving husband and an energetic fun loving son, you would think I had my hands full. My mantra is the 4 pillars -- Friendship, Love, Honesty and Trust. Some call me crunchy. Most say I am a good listener. Many say I throw a great party but all say I am a great friend, adventure and researcher.