Just after returning from my vacation at Universal Studios Orlando a friend messaged me saying, “You went to Harry Potter World.  I want to go but I’ve heard the rides are rough and the lines aren’t worth it.  Should I visit while I am in Orlando?”  Obviously, having gone there several times my immediate answer was “Definitely!”  But then I realized my friend wanted a primer on the Wizarding World of Harry Potter at Universal Studios Orlando, without having to wade through the mumbo jumbo of other sources.  So I wrote her a message about the parks and what the buzz is all about.  I realized while writing her that I needed to share my tips.  And I am starting with a very important attraction that affects your tickets greatly.  The Hogwart’s Express Ride inside Universal Orlando. Let’s first cover a basic question I get from people.

Do you have to buy separate tickets for the Wizarding World of Harry Potter?

No tickets include Harry Potter, but you need to know more before accepting that at face value, cause there is a bit of a catch.

Let’s start with the lay of the land.  There are two parts to the Wizarding World of Harry Potter

So to see all of Harry Potter World, you’ll need a 2 park pass.  You can get the one park per day pass and see both sides during your trip, just not on the same day.

Where is the Hogwarts Express Train at Universal Orlando?

The Wizarding World of Harry Potter is at the absolute back of both parks (the same way the milk is at the back of the grocery store cause it’s what you want).  In the Islands of Adventure it’s inside the Hogsmeade Village, not next to Hogwarts. In Universal Studios the Hogwarts Express ride is inside the Kings Cross Station, next to Diagon Alley.   Since the train goes between the two locations, without the Hogwarts Express  train you’d have to leave the Hogsmeade Village walk to the the front of Islands of Adventure and exit it then enter the Universal Studios park,  walk to the back and enter Diagon Alley.  You can see how that would stink so you really want to take the Hogwarts Express between the parks (except for a certain time explained later)

Where does the Hogwarts Express Go?

In the books the Hogwarts express goes between Kings Cross Station (platform 9 3/4) and Hogwarts School.  At Universal Orlando it actually does the same thing.  In this case it goes between those locations in 2 parks.  Remember Hogwarts is in the Island’s of Adventure and Kings Cross is in Universal Studios.  In order to see EVERYTHING Harry Potter at Universal Resort you must buy a 2 park pass with Park-to-Park privilege.  You can check out the various price tickets on Universal Orlando Resort’s website.  But if you are looking to plan a vacation, check the final suggestion below.

FAVEMOM INSIDER TIP: Both parks are based heavily on the movies, though many underlying and lesser known things give a nod to the books.  So this place is wonderful even if you never read the books, but equally surprising if you have–readers will love the details of signs in the Secrets of Diagon Alley Post I wrote for Simple as That.

How long does the Hogwarts Express Train take?

Short answer:  it’s not a quick transit set up.  We have established this train takes you between Hogwarts/Hogsmeade and King’s Cross Station London/Diagon Alley.  It’s not just a train ride.  It’s actually considered an attraction because you enter the train and using some rather clever special effect you see Harry and friends walk the train hallways.  Meanwhile, the “window” displays all the outside locations you go pass between the two fictitious locations.

FAVEMOM INSIDER TIP:  It’s important to note that the story shown in the window is different depending on the direction of travel.  Hogsmeade to Diagon Alley is a friendly ride with Harry and the gang.  Diagon Alley to Hogsmeade is when the train is entered by dementors.

On the London Kings Cross side (Diagon Alley) you get to walk through the magical platform 9 3/4.  This is a really cool effect to observe and unforunately due to line back ups you can’t always watch your family go through.  But you’ll still see the special effect. There is also a photo op with a luggage cart halfway in the wall.  The op happens in line so don’t expect to have gobs of time to get the perfect shot if there are various people wanting to do it too.

Since that direction is so busy I recommend riding is early in the day, especially if you have Early Park Admission from staying at an onsite hotel.  See why Loew’s Royal Pacific is my favorite onsite hotel.

Personal observation:  Why does all the luggage on the muggle side look like it came from 1920 even though Harry is present-day?

FAVEMOM INSIDER TIP:  The line is always longer on the London/Diagon Alley to Hogsmeade side (cause Platform 9 3/4).  We learned from a Universal employee that it takes 35 minutes to leave Diagon Alley, exit the park, enter Islands of Adventure and walk to Hogwarts.  So if the wait is 40 minutes for the Hogwarts Express (and your kids can handle the hike) don’t take the train.  You’ll save time just walking around.

My friend was so grateful I let her know how she needed a Park-to-Park ticket for the Hogwarts Express while at Universal Orlando’s Wizarding World of Harry Potter.  You don’t want to miss the ride as it’s two attractions in one (remember different story each direction).

If you are hoping to ride the Hogwarts Express this year on vacation.  FaveMom recommends her good friend Autumn at Pirates and Mermaids Vacations.  She a professional travel agent connected with universal Studios Orlando and can customize your trip to all your needs.  Best part, you don’t need to pay her.  So shoot her an email saying FaveMom talked you into a Park-To-Park pass for your trip cause you gotta ride the Hogwarts Express. 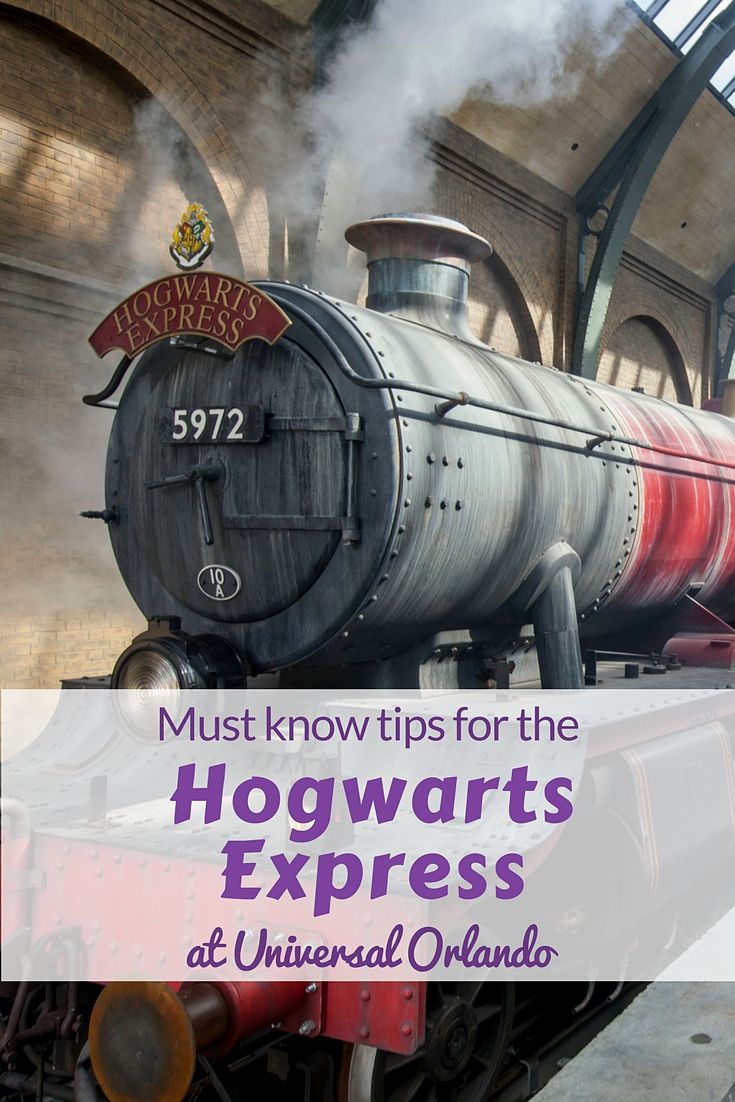