Disney’s “Tomorrowland” Where Dreamers Need to Stick Together 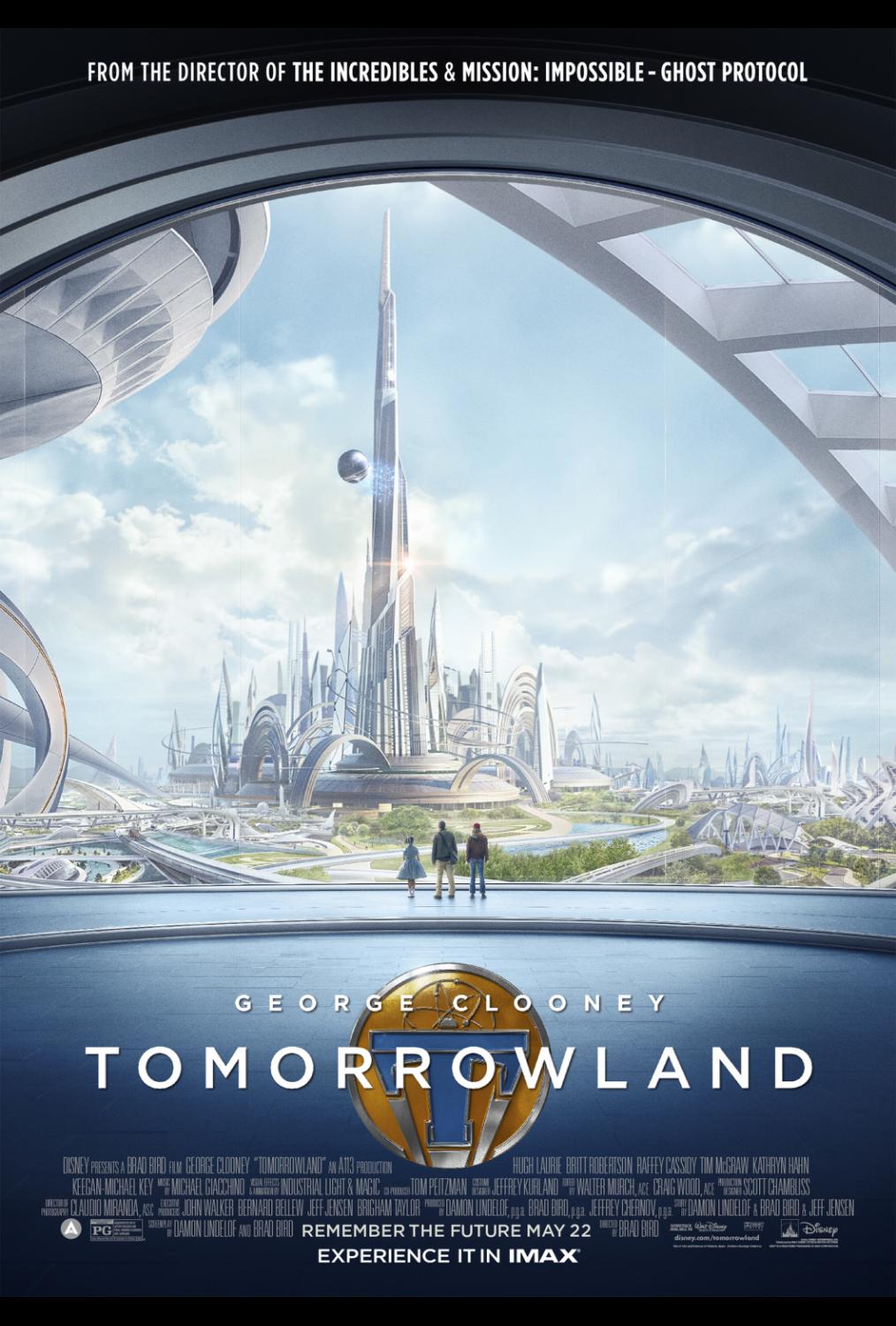 Disney’s “Tomorrowland” is where dreamers need to stick together. Frank Walker (George Clooney) as a young boy showed signs of creative genius that would be nearly perfect by the time he became an adult. However, having seen the future along with a teen named Casey (Britt Robertson), thanks to a magical pin, they will visit this mysteriously magical land to catch a glimpse of what humanity’s’ fate might have in store for them in the future. 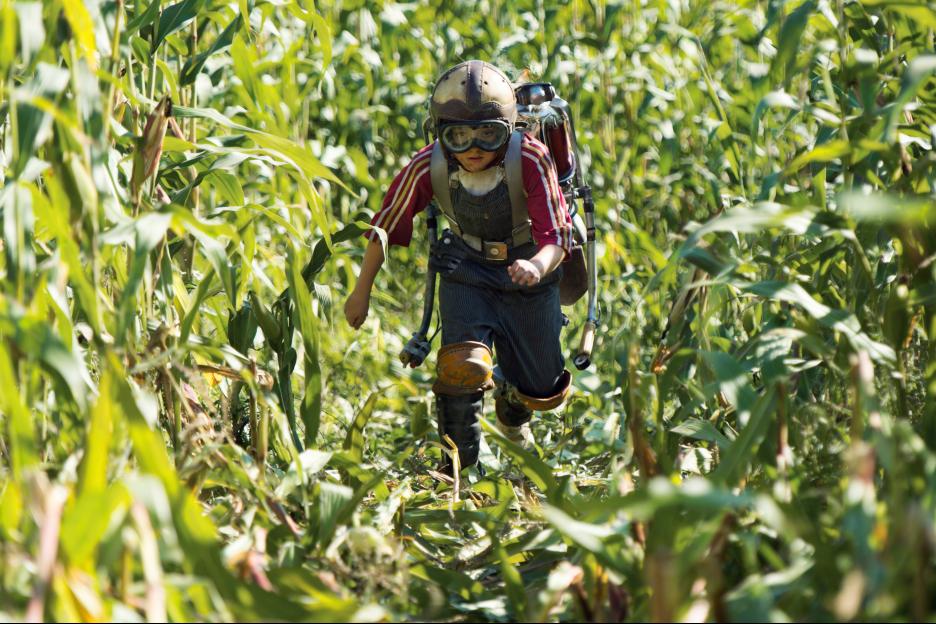 When you first meet Frank and Casey they seem to be the best of friends on a huge mission. Don’t give up on the movie just yet, because that’s right when things start to get interesting. Then you find out the backstories of Frank and Casey and it’ll all start to make sense. Frank is scolded early on by David (Hugh Laurie) for his inventions.

However, in the process he catches the eye of Athena (Raffey Cassidy) and she is convinced that he’s absolutely brilliant. She gives him a pin. These pins will change your lives forever. 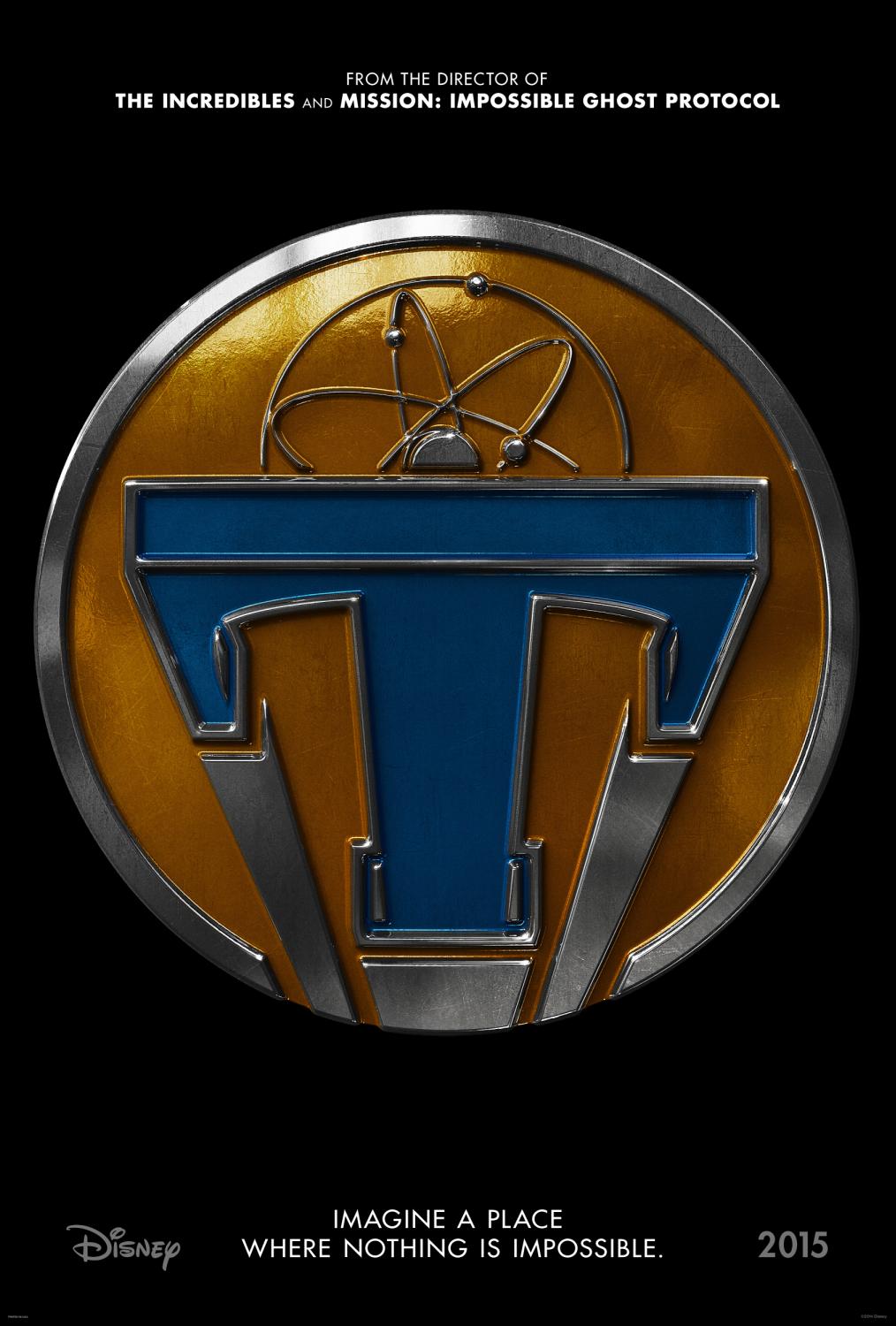 “Tomorrowland” embodies all the joy and optimism of sci-fi. From time travel and visions of the future, this film establishes early on that humanity’s actions will have a direct impact on the future. They touch on environmentalism without being one-sided. The world of tomorrow can be a post-apocalyptic nightmare thanks to nuclear war, climate change, etc or a wonderful example of mankind’s greatest accomplishments.

I admire Brad Bird’s risk of a non-chronological story line because shy of Star Wars, I’m generally extremely turned off by this. Kids are going to love this from jet packs to space ships and so much more, their imaginations will be running rampant and I warn you that if electronics of any kind go missing, search to see if they’re attempting to build something to make them fly. 🙂 It also teaches us that we should be cautious about grandeur and things of that nature but, does so in a very subtle way. In life there will always be critics and cynics, but how you deal with them is all up to you.

“Tomorrowland” invokes and inspires the dreamers. Dreamers need to stick together as Athena says. You can meet Athena below.

“Have you ever wondered what would happen if all the great thinkers decided to get together? And actually change the world for the better? And the results was, well, miracles.” Athena

Nothing is every complete without some fun things for you to download here on FaVeMom.com.

Here are some Fun Facts about Tomorrowland. I’m not listing them here as I don’t want to spoil it for those of you who haven’t seen the movie yet today.

“Tomorrowland” opens in theaters today, May 22nd. Go see it because dreamers need to stick together. My son and friend absolutely loved this movie and my interview with the lovely Raffey Cassidy who played Athena will be posted tomorrow. 🙂

Casey believes, “Dreamers need to stick together!” Disney’s “Tomorrowland” in theaters May 22, 2015