There is truly something unforgettable about today’s performance of Disney’s Aladdin – Broadway at the New Amsterdam Theater. The theater is magnificent, the cast and crew were flawless and the story took on a “whole new world”of memories for me and my sister, niece and cousin.
I “wish” I could go over and over again because Genie… he is just that spectacular and F-A-B-U-l-O-U-S!

I went with my sister Maureen , my cousin Alice , and my niece Grace. We drove to the Port Imperial Ferry and a quick 10 minute ferry ride over to mid-town and hop on a bus for free, then dropped right off in Times Square, 52nd street. We walked 10 blocks to 42nd street and the area around the theater.

We found a really nice Brewery and burger spot and ate a quick pre-theater lunch. It was really yummy, bison burger for me!

Theater start time was 1:00 pm, so we arrived at 12:45 and went straight in to “will call”, picked up tickets and back in line. The line moved very quickly and the Aladdin crew was amazing at moving the lines along and getting us right into our amazing orchestra seats with an incredible view of the stage.

The New Amsterdam Theater for Aladdin on Broadway

The New Amsterdam Theater is spectacular in itself, the details are brilliantly done and the ambiance was warm and inviting.

We took our seats, and got situated to be entertained, and for me, I wanted to be taken back  to Disney’s animation film from 1992, my favorites all coming back to the “big screen”or theater  as reimagined or live action films. This in itself makes me happy and I feel that timeless feeling that only Disney can create.

The cast was just impeccable in their acting, voices and character likeness. Aladdin and Jasmine were perfection, the few new songs were placed perfectly in the show.The two songs that really sang to my heart were “Proud of your Boy”, sang by Aladdin. The second song was “A million miles away”, sang by Jasmine and Aladdin. I felt both songs added to the storyline and the emotions captured.

When the last number was sung by the entire cast “A Whole New World” reprise, the entire audience gave a standing ovation, it was just that connection to the cast, to the actors, to the story that brought the entire theater together.

These are the moments, the reasons I keep going back to Disney on Broadway productions. They are nothing short of magical and take you away to a “whole new world! 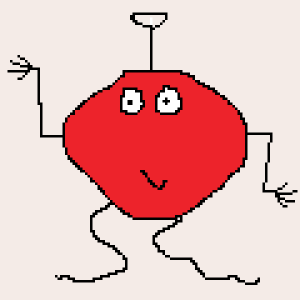 © 2020 All Rights Reserved | Design by Misty of DesignedForGoodness.com

Please check your email for your printable papers!  If you don’t see them, check your spam!