Last week on June 29, 2015 I attended the Ant-Man World Premiere and Red Carpet Event at the Dolby Theatre. Never in a million years would I have dreamed that I would be attending a Marvel Event, let alone a world premiere on a red carpet. The cast of Marvel’s “Ant-Man” heated up Hollywood Boulevard on their way into the Dolby Theatre to celebrate the upcoming release of their new film on July 17, 2015!!!

“Ant-Man” (Paul Rudd) to us Marvel fans that know Hydra & Shield is a founding member of “The Avengers” and with his new suit, master thief skills, the ability to shrink and stellar strength while still the size of an ant, his presence in the Marvel Universe will be known. We get to watch a story of hope and redemption where Scott Lang must become the hero his daughter Cassie already believes that he is. Dr. Hank Pym (Michael Douglas), has been protecting his secret behind the Ant-Man suit from a new generation of threats for years. Pym and Lang create a master plan for the world’s greatest heist in order to save the world. Don’t worry you’ll see some of your favorite heroes and villains in the Marvel Cinematic Universe in “Ant-Man” on July 17th. The swarm that you see means the Marvel Cinematic Universe has a little something SMALL up their sleeves. I definitely don’t see any shrinking in the success of the films either. They just keep getting better and better. 🙂

My date to the Marvel “Ant-Man” World Premiere and Red Carpet Event at the Dolby Theatre was my almost 12 year old son EliVe BraVe. He seriously was on cloud 9 the entire time. It was a super-hot night (pun intended) but, totally worth it. 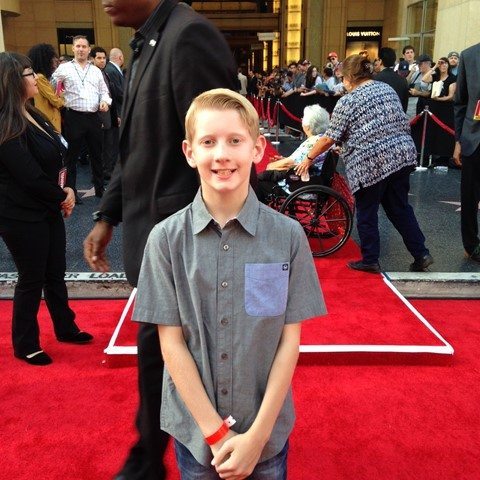 I honestly didn’t realize how many fans come out to see the Marvel Cinematic Universe Red Carpet Events, so I wasn’t at all prepared for the Ant-Man World Premiere and Red Carpet Event. I knew that celebrities attended these events obviously, but the amount of fans was surreal. It was seriously a night that my son and I will never forget. Media was everywhere, live feeds were up, the red carpet unicorns made an appearance along with several others.

While everyone else is elbowing each other for a shot of Michael Douglas, Paul Rudd or Evangeline Lilly I’m standing there waiting to see Miss Abby.

I couldn’t wait to see Abby though. Abby Ryder Fortson who plays Cassie Lang is a family friend. I actually threw the baby shower for Christie when she was pregnant with Joshua. Abby at 7 years old was interviewing like a seasoned pro. I’ve known her for quite some time and to see her in this film was amazing. I had to see Abby, John and Christie before going in. Christie’s eyes were closed in one but, she let me get a selfie before Abby went back to all of the interviewing. 🙂 I also told her to get a #felfie aka family selfie. 🙂 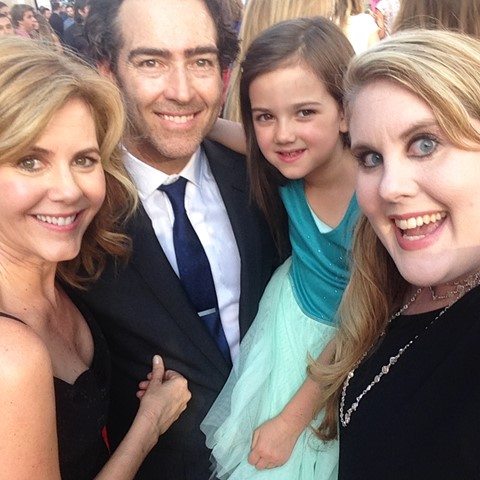 As live feeds were being broadcast around the world, my friend JD Piché from Red Carpet Report, was taking photographs for me since I knew that my cell phone was going to be taken once inside. Marvel is TOP secret you know! He took some wonderful photos that I’ve shared with you here. 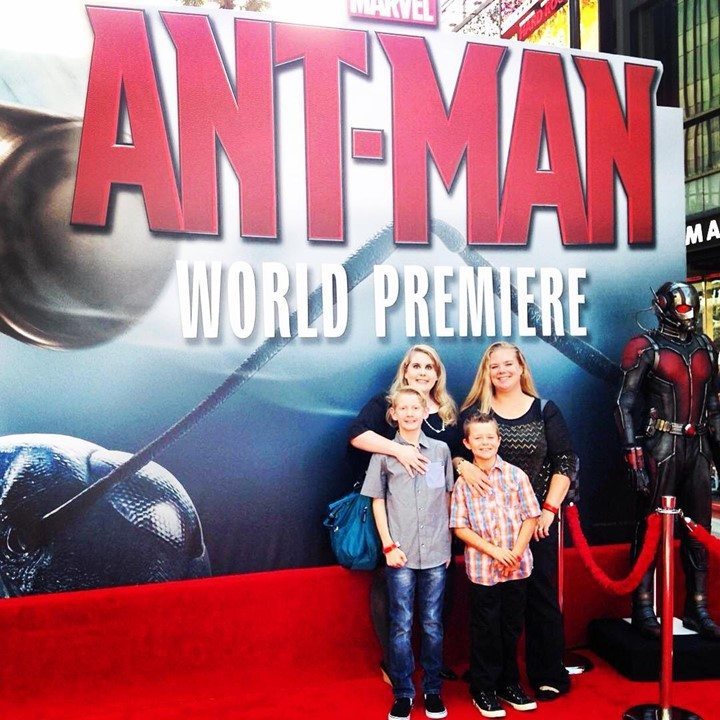 My friend Desiree from The Funny Mom Blog and me rode together with our awesome sons who just happen to share the same name. We’re high speed like that. She drove my vehicle since I have major road rage and didn’t need to turn into Ant-Man while on our way to the event. Our boys had such a blast. We had to get a photo with the “Ant-Man” suit! I mean seriously! It’s the neatest thing. I wonder if I could shrink and maintain superhuman strength too?

Chris Hardwick showed up for those Nerdist fans and Talking Dead Fans. I know there are several of you that follow my blog that love that show so, I thought I would share this photo that JD took. 🙂

What is amazing is how The Dolby Theatre can pull off red carpet events like this within a few hours. Everything looked perfect, security was top notch, and not a thing was out of place.  Then my son noticed that Stan Lee was there. I have no words other than he was elated, in shock and just thrilled.

While walking the Red Carpet and heading up to watch “Ant-Man” my son was in awe as he realized Stan Lee was there. My son will forever idolize this man.

As we were walking the Red Carpet for a second time and getting ready to enter The Dolby Theatre, my son just looked at me with the utmost respect and admiration and said, “You’re the best mom. I love you.” 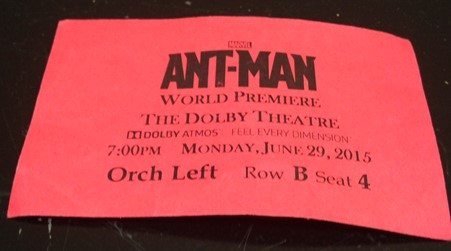 Everyone was then seated and the cast of “Ant-Man” was presented to the audience. Everyone in attendance clapped and cheered loudly. We then got to watch one amazing movie that you must see on July 17th. Honestly you will not want to miss this. 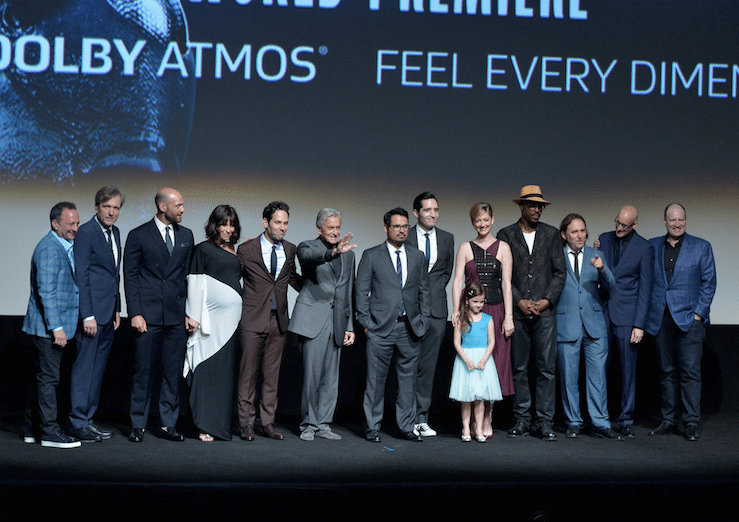 This is such an amazing film but, again it’s called embargoed. Check back for more details on July 17th. Follow along with hashtag #AntMan to keep up with the latest and greatest information.