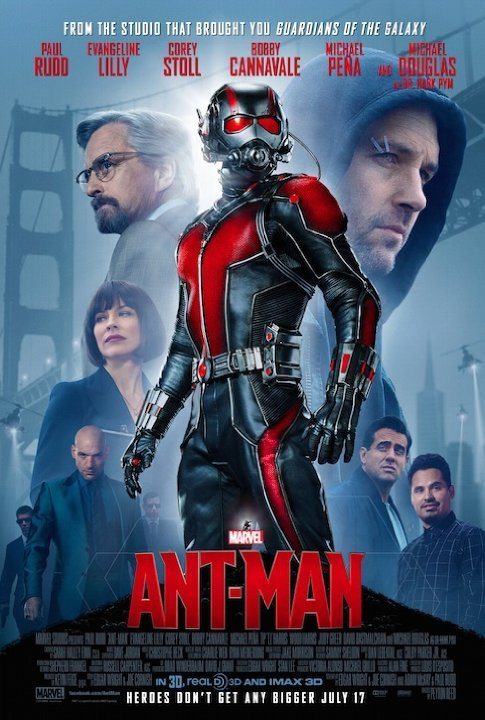 I went into “Ant-Man” with decidedly low expectations. Between Edgar Wright’s very publicized mid-production departure from the movie and the knowledge that Janet Van Dyne, one of the founding members of the Avengers in the comics, wouldn’t be in the movie, I wasn’t terribly excited. For me, that’s odd, seeing as I’m usually a huge fan of the MCU.

But I went in anyway to see the movie, and for the first twenty minutes, it lived up to those decidedly low expectations. It was dark, exposition-heavy, clunky, and decidedly mediocre; it did its job in laying the foundation for the movie and not much else.

And then Scott Lang (Paul Rudd), our titular Ant-Man, gives his young daughter the ugliest stuffed rabbit I’ve ever seen in my life. And then his friend Luis (Michael Pena) regales him with a long, rambling, tangent-laden tip about a big score. And then Scott sits down to plan a heist.

And the entire movie changes. 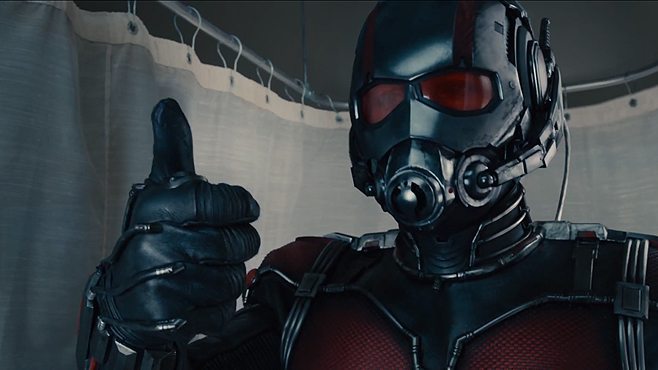 Director Peyton Reed has said that the heist is integral to “Ant-Man”; after the first twenty minutes, that becomes evident. The entire tone of the movie shifts dramatically – it becomes more action packed, better paced, more lighthearted, and all around funnier, with the hallmarks of Edgar Wright’s style all over it. The comedy is well-timed and on point, providing character development and moments of levity in an otherwise fast-paced, action-packed movie.

I hesitate to say too much about the plot, as the less you know going into it, the better the twists and turns and surprises are. The premise is fairly simple: Hank Pym (Michael Douglas) created a dangerous invention several decades ago and essentially locked it away. Darren Cross (Corey Stoll), his protege gone rogue, has just about replicated it for ill means. Pym brings on his estranged daughter Hope (Evangeline Lilly) and semi-reformed cat burglar Scott Lang (Paul Rudd) to help steal Cross’ replication of Pym’s invention before he uses it for “nefarious purposes.”

The latter part of the movie is masterfully scripted and beautifully acted, with distinct parallels between Hank and Hope’s tenuous father-daughter relationship and Scott attempting to become a positive presence in his young daughter Cassie’s life. Everyone, from heroes to villains to side characters, is well-rounded and has an importance to the movie in one form or another. The movie even makes me care about the ants, in the same way most movies make you care about a pet dog or cat. “Ant-Man” also plays with perspective in ways that most movies don’t, both for drama and for humor; the shrunken-down world feels just as real as the normal-sized one, and the movie often switches back and forth between them for comedic effect. After all, something that seems grand and epic on the small scale is often hilariously underwhelming in normal size. 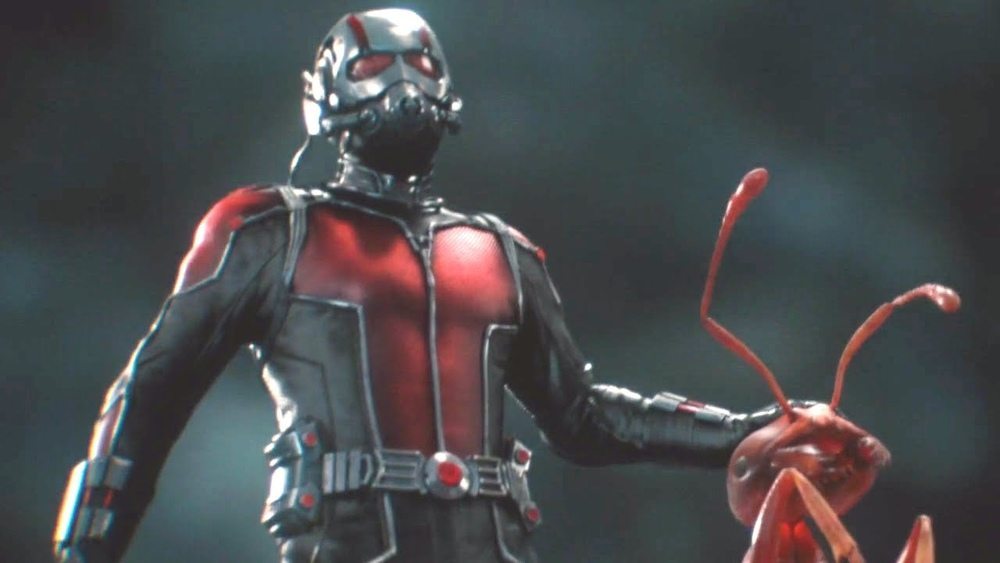 Fans of the MCU will certainly be happy with “Ant-Man.” It’s the last movie in Marvel’s Phase 2, and it wraps things up nicely in a way “Age of Ultron” couldn’t. “Ant-Man” slots nicely into the MCU, referencing the events and characters of other movies without making it seem out of place or clunky. It’s a good wrap-up piece after Age of Ultron, working with current Marvel events and setting the stage for Phase 3, which will include Civil War and the Infinity War. (Most of said stage-setting comes during the mid-credits and post-credits scenes, so stay until after all the credits have rolled. Seriously. You’ll want to see these scenes.)

The movie is not without its problems: Janet Van Dyne being a nonentity in the movie certainly rubs a lot of comics fans wrong (and for good reason, as by all accounts Janet Van Dyne is an amazing character); the first twenty minutes are stunningly mediocre; and the movie doesn’t even attempt to pass the Bechdel Test. Two of these problems – women as characters, not gender representatives or set pieces – are issues that plague the entire MCU, not just “Ant-Man,” so it’s unsurprising that they’re present.

Despite its issues, I really did enjoy “Ant-Man” and I’ll be seeing it again. It was a ton of fun and I’ll definitely be hauling my friends to the theater to come watch it with me. “Ant-Man” hits theaters today, July 17th; if you want to treat yourself to an action-packed, heartwarming, and utterly hilarious movie, definitely go see it.